skip to main | skip to sidebar

How to Increase Computer Speed

Computer speed depends on many things. The memory, CPU and how fast in RPMs does your hard-drive access the data and then is processed by the CPU. A slow HD at 5200 RPM will slow performance when compared to a HD at 7200 RPM. A slower HD will cause your CPU to be idle as it waits for data to process. A single core CPU can only process one command at a time, a duo CPU, two commands simultaneously, and a quad CPU, four commands. Also, the CPU speed is not a good indication of performance. For example, my P4 3.4 Ghz CPU is fast, but is slower than a Duo or Quad CPU at 2.6 Ghz or even 2.0 Ghz. Why? because it can process data twice or four times more info simultaneously than a single CPU, like a P4. Each CPU processes a single line of data, a CPU Quad has four CPU's built in.

We often do a few things with our computers at a time (download a file, email, surf the net, upload, watch video etc.) so even a desktop user will see some benefit from a multi-core CPU because it can do more than one thing at a time.

For example, being able to execute four programs simultaneously at 2.4 Ghz is WAY faster than four programs one after another (not simultaneously) at 3.2 Ghz. You're likely to find that the quad-core CPU gets more done in the same amount of time - so it's "faster", even though it has a lower clock rate.

So, go with at least a Duo or Quad CPU to get the need for speed. This is especially true if you are doing several things at the same time as mentioned earlier. If your computer use is such that you usually do one thing at a time, a single P4 CPU will be just fine. The P4 is fine at multitasking as long as it is not simultaneous use of programs. Of course, if you are gaming, the duo or quad CPU's are your best bet, along with hefty amounts of RAM and a fast video card. Owning a duo or quad CPU will also mean much faster boot-up time, almost twice as fast many times.
Posted by wargamedesigner at 3:57 PM 1 comment:

The Powder River campaign of 1865 had only one purpose: to search and then destroy Indians, wherever found. There were three columns of troops descending from different forts upon the Tongue and Powder Rivers in Wyoming and Montana. In charge of it all was Brig. General Connor, whose column of left Ft. Laramie and arrived at the Tongue to build a new military fort, Fort Connor, starting in mid-August. Two other columns, one under Col. Cole with 1400 men left Omaha on July 1, and another under Col. Walker, of 600 men, left Ft. Laramie. These two columns failed to find Connor’s troops but were able to meet each other near the Black Hills and then moved through the Badlands to the Powder reaching it at the start of September. These two columns were huge affairs comprising of 1200 horses,185 wagons and crossing areas with no roads.
Conner was greatly worried when the Walker and Cole columns failed to show up. It was for good cause. Neither Walker nor Cole had any experience whatsoever in fighting Indians, neither leader liked the other, neither knew anything about the area and both were recent transfers from the Civil War. Both men had the same rank. Adding to this were their men, many had been forced into the mission after they tried to mutiny because their enlistments were up. Thus, Conner sent out a posse to find the lost columns.
On Sept 1, the two columns reached the junction of the Powder River and Alkai Creek and were jumped by 300 indians, some had rifles. Once repelled, the column continued downstream to the Mizpah River and due to snow and ice cold weather well below zero, had lost 2-300 horses. Being lost, the columns then reversed and traveled upstream and by Sept 4, had left behind many supplies to reduce the load. On the 5th, Crazy Horse and Roman Nose attacked with 1000 indians and 12 rifles. The battle ran three hours. The columns artillery did an amazing job of keeping the Indians at bay, but soon ammo for artillery and rifles were rationed. Then food was rationed. After the three hour ordeal, none of the cavalry pursued the Indians, as many of the Cheyennes left. The reason were their horses were too weak from lack of food. The Lakotas remained in attack and harass mode and regrouped to attack in full on the 8th. By now, the columns had reached modern day Powderville, Montana (so far off course) when climatic conditions slammed them with minus 40 temps, ice and snow. There the column stopped. When the storm cleared, they had lost 600 horses. Many of the men were in tattered clothes. The Lakotas continued to harass and attack. Had the Indians more rifles, they easily could have finished off the columns.
Conner’s posse finally found them on the 13th, and redirected them towards Ft. Conner, some 80 miles away! Despite the impossible odds, the lost columns reached the fort on the 20th in despicable condition of a ragtag army. Many soldiers were shoeless and near death from starvation. They managed to survive by eating the dead horses. Only 600 sickly horses came back.
The Indians failed only because they lacked rifles, their bow and arrows, spears simply were not enough. Even though the Indians attacked at will against an ill trained, defense only force on rations, it was enough to make them ineffective. For the most part, it kept the Indians at bay.
Posted by wargamedesigner at 8:43 AM No comments:

John Lennon's Two Virgins LP and His 1974 UFO Sighting
Posted by wargamedesigner at 8:50 PM No comments:

How to Troubleshoot Problems for a 1991-94 Mercury Capri XR2 Turbo
Posted by wargamedesigner at 5:07 PM No comments:

Finding Amelia Earhart on Nikumaroro Island
Posted by wargamedesigner at 8:13 PM No comments:

The Two Extremes of Islam

The Two Extremes of Islam
Posted by wargamedesigner at 12:51 PM No comments: 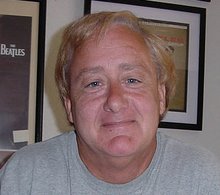